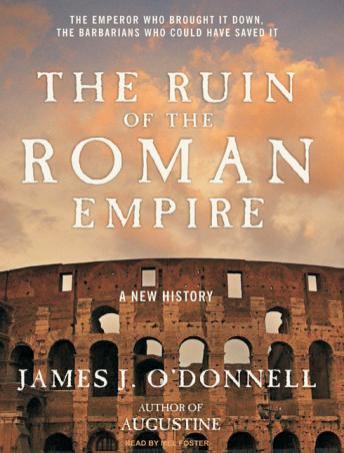 The Ruin of the Roman Empire: A New History

What really marked the end of the Roman Empire? Was it a long, inevitable decay, or did real people make real choices with surprising and unintended effects? The Ruin of the Roman Empire takes us back to the sixth century, into the lives, cultures, and events that influenced ancient Rome. James O'Donnell restores the reputations of many 'barbarians,' while showing that Rome's last emperors doomed their realm with the hapless ways in which they tried to restore and preserve it.

Sweeping and accessible, The Ruin of the Roman Empire captures the richness of late antique life and the colorful characters of the age while offering insight into today's debates about barbarism, religion, empires, and their threatened borders.