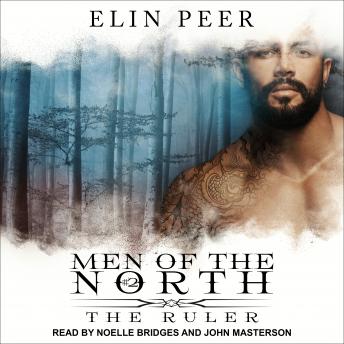 Four hundred years in the future, women control the world but Khan Aurelius, ruler of the last free men, is determined to take back the power that has been denied men for centuries. Outnumbered by far, he knows that women need to give up their power willingly and with one of their councilwomen as a hostage, he's certain he can influence her with his superior male intellect. She is just a soft woman, after all.

Councilwoman Pearl has sacrificed herself to save an innocent priestess. Trapped in the Northlands, her soft voice and sugar-coated view of the world doesn't impress Khan, who constantly challenges her by playing his mind games to corrupt her and see things his way. It's a battle of words and wills when the two intelligent rulers clash. Will Pearl succeed in bringing enlightenment and democracy to the primitive Nmen or will Khan corrupt her with his charm first?