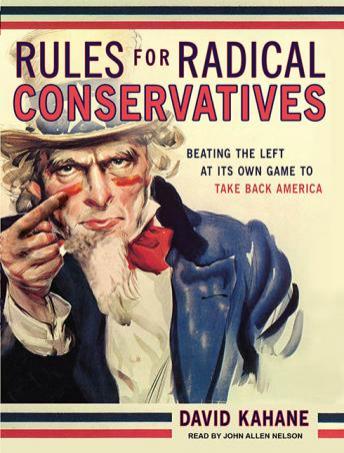 Rules for Radical Conservatives: Beating the Left at Its Own Game to Take Back America

The vast right wing conspiracy has found its General Patton, and his name is David Kahane. Kahane's pseudonymous, satiric column for National Review Online, lampooning the Left via his Hollywood-radical persona-Stephen Colbert's liberal doppelganger-is must-listening for political aficionados of all stripes. Now, from the inside, Kahane proudly exposes the secret and not-so-secret winning strategies (and vulnerabilities) of the Left and gives desperate conservatives a roadmap to victory, in a take-no-prisoners manual modeled after Alinsky's Rules for Radicals, C. S. Lewis's The Screwtape Letters, Machiavelli's Prince, and, of course, the Chicago Way.

Rules for Radical Conservatives: Beating the Left at Its Own Game to Take Back America