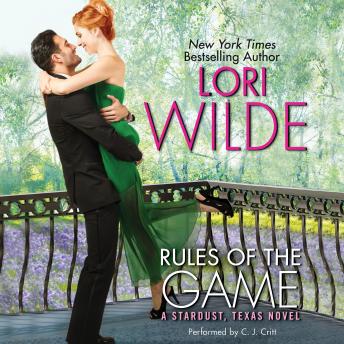 Rules of the Game: A Stardust, Texas Novel

Just uttering the word "wedding" makes Jodi Carlyle break out into a cold sweat. So a year after she'd been dumped at the altar, and two days after turning the big 3-0, she decides to break some rules—by dressing to the nines, hiring a limo,and crashing a swanky wedding . . .

. . . Where she catches the eye of the Dallas Gunslingers' new star hitter Jake Coronnado. He's hot. He's sexy. He sticks by her side all evening. He's the perfect fling. After a wild weekend, where they do everything and then some, Jodi thinks she'll never have to see him again . . . hey, she's even told him her name is Gwendolyn! But she thinks wrong.

Rules of the Game: A Stardust, Texas Novel