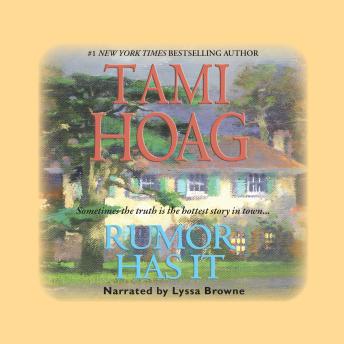 Katie Quaid could never refuse a dare. It was the quality that had once made her a world-class equestrian. And it was the reason she'd been elected to introduce herself to Briarwood's intimidatingly gorgeous new resident. It took one week to make Nick Leone the focus of the Virginia town's rumor mill. So far he was a CIA agent, a male model, a fugitive-maybe all three. Whatever Nick was, Katie learned one thing right away: she liked him. And that made him the greatest danger she'd faced since the accident that had ended her riding career. In the five years since, she'd buried herself in her business of restoring historic homes, afraid to share her scars with any man-scars that had destroyed more than one dream. Nick had disappointments of his own, but after meeting Katie, he sensed that fate had a better plan all along. And soon he would pose her with the greatest dare of all-to love again.

This title is due for release on February 27, 2009
We'll send you an email as soon as it is available!