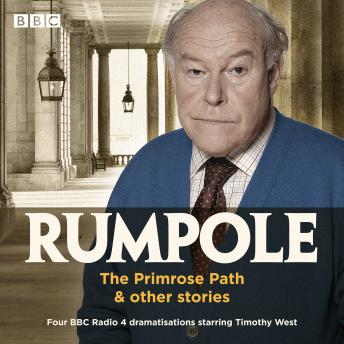 Rumpole and the Primrose Path
Rumpole exposes criminal practices at the nursing home where he was sent to recuperate after a heart attack, leaving him in dire need of claret, cheroots and good company.

Rumpole and the Scales of Justice
When Rumpole defends a senior policeman in court, his love for Shakespeare’s Othello and his old acquaintances in the south London criminal fraternity prove very useful.

Rumpole Redeemed
Invited to dinner at his local prison, Rumpole solves the conundrum of whether an ex-con can be reformed – while also seeking redemption himself.