Rumpole: The Splendours and Miseries of an Old Bailey Hack 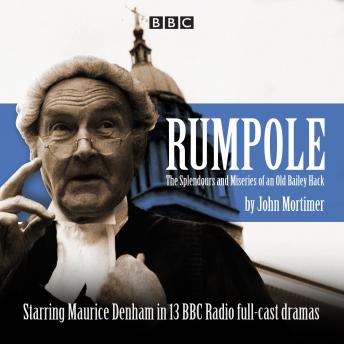 Defender of the underdog, friend of South London villains and scourge of QCs, much-loved barrister Horace Rumpole was first brought to life on television, and in 1980 BBC Radio 4 introduced him to the airwaves for a 13-episode series.

In these delightful full-cast courtroom dramas, the claret-drinking, poetry-quoting lawyer recalls his colourful career at the Old Bailey, while being supported at home by the redoubtable Hilda ('She Who Must Be Obeyed'). From a disputed will case to a GP accused of murder, Rumpole must exercise all his talents as an advocate to fight for justice...

Rumpole: The Splendours and Miseries of an Old Bailey Hack