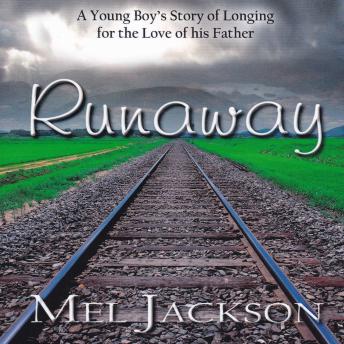 Mel Jackson has transformed his memories of growing up in rural Ohio during the 1950’s and 60’s into emotional and entertaining narratives permeated with family dynamics. Runaway is a heartfelt, gripping account of a young boy’s longing for the love of his father and the long journey he took searching for it. The father was a hard working man but an alcoholic who found it hard to show his family the love they needed. The story travels many miles, over railroad trestles and through back country roads, encountering various characters, both family and strangers. It ultimately led the runaway to being institutionalized in the Columbus State Hospital. Sometime later, the boy, later a man, found himself reflecting on times lost at his father’s bittersweet funeral. It’s a story of love, hate and forgiveness.