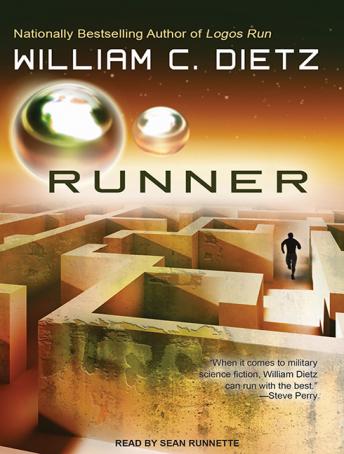 In a crumbling futuristic society, Earth is only a myth, the technological advances of centuries have faded into distant memory, and space travel depends on a fleet of run-down, unreliable ships. Only the brave-or foolhardy-undertake such risky journeys. The brave, the foolhardy-and the runners . . .

Jak Rebo is one such runner, whose current job is to deliver a future religious leader to his people, while avoiding assassins. If that's not enough, he gets involved with a very beautiful woman who holds the secret to instantaneous travel between star systems-a secret that some would kill for.

With death waiting at every port, Jak soon realizes that this time he is running for his life . . .

This title is due for release on February 28, 2014
We'll send you an email as soon as it is available!