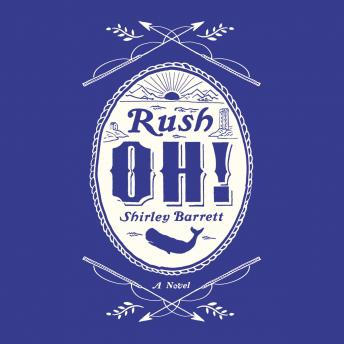 An impassioned, charming, and hilarious debut novel about a young woman's coming-of-age, during one of the harshest whaling seasons in the history of New South Wales.

1908: It's the year that proves to be life-changing for our teenage narrator, Mary Davidson, tasked with providing support to her father's boisterous whaling crews while caring for five brothers and sisters in the wake of their mother's death. But when the handsome John Beck -- a former Methodist preacher turned novice whaler with a mysterious past -- arrives at the Davidson's door pleading to join her father's crews, suddenly Mary's world is upended.

As her family struggles to survive the scarcity of whales and the vagaries of weather, and as she navigates sibling rivalries and an all-consuming first love for the newcomer John, nineteen-year-old Mary will soon discover a darker side to these men who hunt the seas, and the truth of her place among them.

Swinging from Mary's own hopes and disappointments to the challenges that have beset her family's whaling operation, Rush Oh! is an enchanting blend of fact and fiction that's as much the story of its gutsy narrator's coming-of-age as it is the celebration of an extraordinary episode in history.