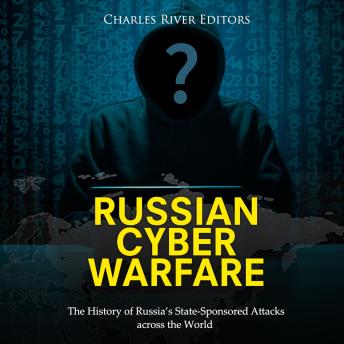 Russian Cyber Warfare: The History of Russia’s State-Sponsored Attacks across the World

Russia has been depicted by the media as a cyberspace boogeyman, a nation of hackers that can and will exploit any and all vulnerabilities of private organizations, government entities, and social media platforms. Over the last 10 years, as hackers all over the world have been mobilized to carry out state agendas, this “nation of hackers” reputation has evolved into something much more serious. The vague notion of “Russian hackers” used to primarily worry CTOs of banks and credit card companies, while merely amusing or fascinating curious people, but today, Russian cyberwarfare keeps military officers, policymakers, and ordinary citizens around the world up at night.

From alleged interference in foreign elections to coordinated power outages in Ukraine, numerous large-scale cyber attacks are thought to have been carried out by Russian state agencies and their proxies recently. Certain Western leaders have gone so far as to claim that Russian cyber warfare eclipses even terrorism in threatening global security- in the words of British Army General Sir Nick Carter, Russia “represents the most complex and capable state-based threat to our country since the end of the Cold War.”

The roots of cyber warfare, cyber espionage, and information warfare in Russia from signals intelligence and industrial espionage date back to the time of the USSR, while modern day information warfare and cyber warfare relate to Russian military operations. This book also looks at World War II’s aftermath, signals intelligence and espionage during the Cold War, the collapse of the Soviet Union, and how the resulting chaos cultivated Russia’s homegrown hacker talent. Through it all, this book looks at how Russia has interacted with other countries in the cyber domain, especially its former Soviet neighbors and the United States.

Whether Russia does indeed eclipse other Western adversaries as the top global security threat, it is undeniably the home to an immensely talented community of hackers, many of whom have expressed willingness to employ their skills to support Russian foreign policy objectives, typically for monetary compensation. And regardless of whether these hackers are directly sponsored by the Russian state, foreign governments, or the intermediaries operating on behalf of the them, the history of Russia’s cyber warfare is a fascinating one.

Russian Cyber Warfare: The History of Russia’s State-Sponsored Attacks across the World details the Russian intelligence groups’ efforts to wage cyber warfare online. Along with pictures of important people, places, and events, you will learn about Russia’s cyber activities like never before.

Russian Cyber Warfare: The History of Russia’s State-Sponsored Attacks across the World