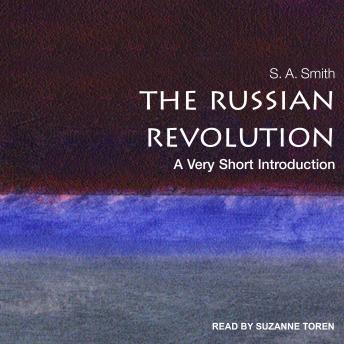 This concise, accessible introduction provides an analytical narrative of the main events and developments in Soviet Russia between 1917 and 1936. It examines the impact of the revolution on society as a whole-on different classes, ethnic groups, the army, men and women, youth. Its central concern is to understand how one structure of domination was replaced by another. The book registers the primacy of politics, but situates political developments firmly in the context of massive economic, social, and cultural change. Since the fall of Communism there has been much reflection on the significance of the Russian Revolution. The book rejects the currently influential, liberal interpretation of the revolution in favor of one that sees it as rooted in the contradictions of a backward society which sought modernization and enlightenment and ended in political tyranny.