Sabotage in the Sky 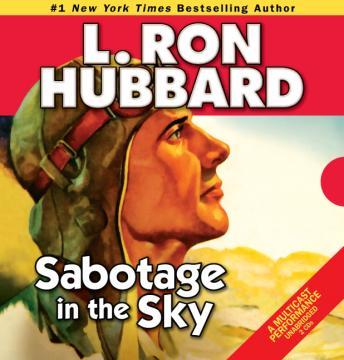 Launch into the action with this triumphant tale! Pilot Terry Lee has taught Bill Trevillian everything he knows about flying, enough that Bill's know considered the ace of American test pilots just as war breaks out in World War II Europe. Unknown to Bill, Terry's also taught his own kid sister, Kip, who's now almost as good a pilot as Bill and quite the looker to boot.

When France and Great Britain must choose between different American plane designs to outfly the newest and deadliest Nazi fighters, the competing companies send their two best test pilots . . . Kip and Bill. Unfortunately, a spy also has been sent to infiltrate and sabotage the planes to make sure that neither the French nor British will consider them safe enough to fly. Soon Kip and Bill suspect the other of sabotage- a problem that not only threatens their already electric relationship but their very lives.  "Riveting cliff-hanger action." -Midwest Book Review

Sabotage in the Sky