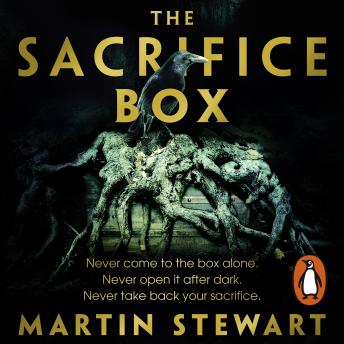 Penguin presents the audiobook edition of The Sacrifice Box by Martin Stewart, read by Christos Lawton.

Sep, Arkle, Mack, Lamb and Hadley: five friends thrown together one hot, sultry summer. When they discover an ancient stone box hidden in the forest, they decide to each make a sacrifice: something special to them, committed to the box for ever. And they make a pact: they will never return to the box at night; they'll never visit it alone; and they'll never take back their offerings.

Four years later, a series of strange and terrifying events take place. Someone broke the rules, and now everyone has to pay.

But how much are they willing to sacrifice?