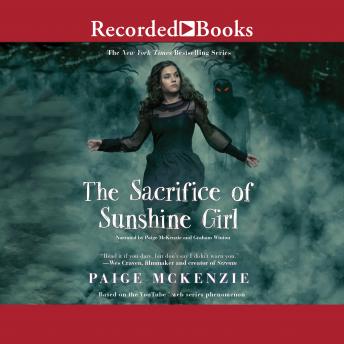 The Sacrifice of Sunshine Girl

#3 of Haunting of Sunshine Girl

Is Sunshine Griffith who she thinks she is? Now that her luiseach powers are fully awakened, and having barely survived an abyss full of demons at the end of Book Two, Sunshine must figure out who-or what-has been organizing the forces of darkness against her. Thanks to her brainiac boyfriend, Nolan, they not only unearth that Sunshine's death would trigger a calamitous event, but that all civilization depends on her survival. So when an unexpected event unleashes a fierce war between the luiseach and the demon army, Sunshine will learn a shocking truth about herself. Can she bring herself to make the ultimate sacrifice to save humankind?

This was so good that I was sad when it ended. The authors writing is easy to follow and draws you in. Unfortunately she does not have any other audio books for me to listen to.

This title is due for release on May 5, 2017
We'll send you an email as soon as it is available!