Sacrifice of the Sinners 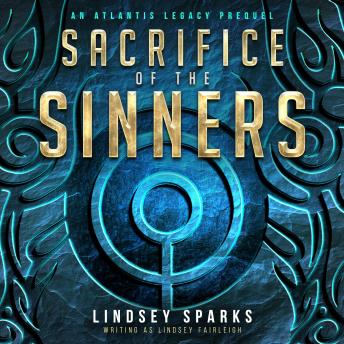 Keep your head down. Follow orders. The mission is paramount.

As a psychic warrior in the elite Order of Amazons, Peri is tasked with protecting the last vestiges of her people on the sanctuary planet of Atlantis, no matter the cost. For over a thousand years, she has enjoyed relative immortality, cycling into a freshly cloned body when the old breaks down. But corruption has taken root at the core of the settlement, and cracks are forming in the peaceful facade. Peri is no longer convinced that the mission she has devoted lifetimes to is still worth her loyalty, and she finds herself tempted by the chance of a forbidden romance with the brilliant, devious Hades.

Peri's disillusionment comes to a head when the hostile alien race that destroyed her people's home world, Olympus, threatens to do the same to Atlantis. The time for indecision is at an end. For her people to have any chance at a future, she must go against centuries of training and work with Hades to destroy the very thing she swore to protect. Time is running out, and the odds are stacked against her. Whether Peri fails or succeeds, one thing is certain: Atlantis will fall.

But the end is only the beginning...

Sacrifice of the Sinners is the prequel to the riveting sci fi adventure series, the Atlantis Legacy. This free novella transports readers thousands of years into the past to witness the long-forgotten events that set the scene for the rest of the series, millennia later. If you like ancient mysteries, gripping action, Greek mythology, and tales of forbidden romance, then you'll love this non-stop adventure.

Sacrifice of the Sinners (prequel)

Legacy of the Lost

Fate of the Fallen

Dreams of the Damned

Song of the Soulless

Sacrifice of the Sinners