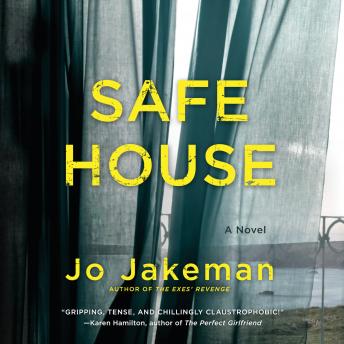 She's paid the price for giving her ex a false alibi, and now she's moved to a seaside village to escape her past--but more than her lie follows her there in this chilling and twisty psychological thriller from the author of the acclaimed The Exes' Revenge.

One day, a woman turns up in a remote coastal village. She's bought a crumbling, long-vacant cottage and calls herself Charlie Miller. Charlie keeps to herself, reluctant to integrate with the locals. If they ever find out who she really is, and what she's done, she'll lose what little she has left.

Charlie served two years in prison for providing a false alibi for a murderer. It was the mistake of a woman in love, a woman who couldn't believe her boyfriend was guilty--or lying to her. All she desperately wants now is a fresh start.

As Charlie slowly lets down her guard and becomes friendly with her neighbors, she can't shake the feeling that someone is watching her, someone who knows what she did. When one of her new friends suddenly disappears, Charlie's worst fears are confirmed. She must confront her past head-on, but as she knows all too well, everything is far more dangerous than how it appears.