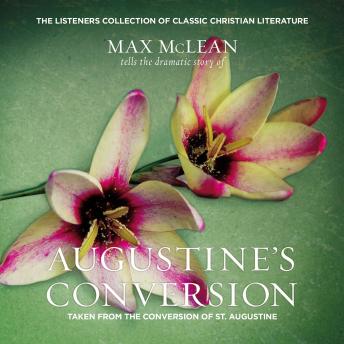 After the conversion of St. Paul on the road to Damascus, the dramatic conversion of St. Augustine—as he himself tells it in his Confessions—is the most significant conversion story in Christian history.
Augustine’s experience speaks to his dilemma that many people have understood when counting the cost of converting to Christ. He had come to intellectual certainty about the truth of Christianity but he could not embrace it in faith. “The way of the savior attracted me greatly,” he wrote, “but I was reluctant to pass through the straight and narrow gate…I was weak and chose the easier way, and for this single reason my whole life was one of inner turbulence and listless indecision. I had found the pearl of great price; but I hesitated to sell all that I had to buy it.”
After a monumental struggle—not unlike Jacob wrestling with the Angel—Augustine hears the voice of a child chanting over and over again “take up and read…I snatched up the apostle’s book, opened it and read the paragraph on which my eyes first fell…At that moment there was infused in my heart the light of full certainty and all the gloom of doubt vanished away.”