Saint Brigid of Kildare: The Life, Legends, and Legacy of One of Ireland’s Patron Saints 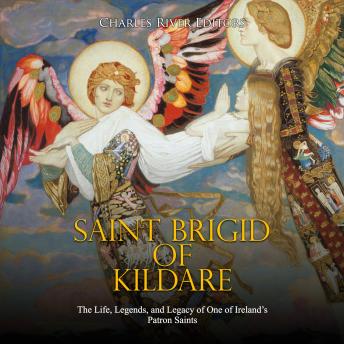 “It is a virtue and a prize to listen patiently to and put up with insults for the sake of God.” – Saint Brigid of Kildare

The drumbeat of horses’ hooves and clatter of chariot wheels echo through the rolling green hills of what will be known much later as the Emerald Isle. The driver is a lone woman whose long hair and homespun cloak whip through the wind behind her. Headstrong, confident, and intelligent, she blazes a trail that will change her nation forevermore, yet not in her own name or for her own sake, but for that of the God who sent her. This is a woman who will love the poor, feed the hungry, house the homeless, teach the ignorant, and defy the odds doing it all. This is Brigid of Kildare.

Saint Brigid of Kildare survives as a model of the religious life, a woman who cared for the earth and its people, who strove for justice, equality, and peace. She is also a model of the disciple’s life, one who took Christ’s Great Commission to heart, traversing her nation to welcome other men and women into the fold and encourage the spread of Christianity wherever she went, through the gospel message of love for one’s neighbor and God’s saving grace. Because her legends trace back to pre-Christian times, Brigid is one of the most powerful religious figures in all of Irish history, as her story intertwines many layers of separate traditions, both pagan and Christian.

That said, even as her story remains mixed with folk tales and pagan customs, along with St. Patrick, Brigid is credited with the evangelization of the entire Irish nation, turning the pagan island into a bastion of Catholic Christianity.

Saint Brigid of Kildare: The Life, Legends, and Legacy of One of Ireland’s Patron Saints