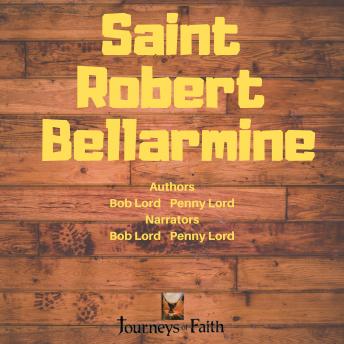 Saint Robert Bellarmine
Feast day - September 17
Cardinal, Doctor of the Church,
Father of the Counter-Reformation
Saint Robert Bellarmine, brilliant follower of St. Ignatius of Loyola, has been credited with being one of the most outspoken critics of the heresies of Martin Luther and John Calvin. He focused the Church of his time on the true teachings of the Catholic Faith, which were contradicted by the Protestant Reformation. He is one of the powerful men in this book which the Lord sent to construct a suit of Spiritual Armor to defend His Church in this crucial time of crisis. He was so brilliant that the Pope would not, could not allow him to retire to a small Jesuit novitiate of Sant'Andrea towards the end of his life. He was too needed. The Holy See was not ready yet for him to back off from his defense of the Church. He was put in our midst in our great hour of need, and he fought valiantly to defend and protect the people of God.