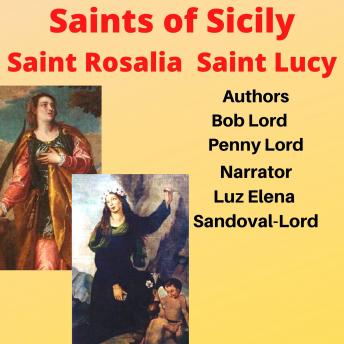 Go with Bob and Penny to the top of Monte Pellegrino, where St. Rosalia lives her final days, and where she appeared to a hunter and saved the city of Palermo from the Plague.

Come to Venice and Siracusa, where the story of the life of St. Lucy unfolds. Listen to Bob and Penny's eyewitness testimony about the day the body of St. Lucy was stolen from the Church in Venice, and then returned. The life of both Saints is fascinating.

See the celebrations which take place each year in honor of the Saints.