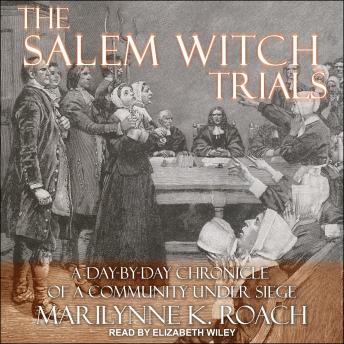 The Salem Witch Trials: A Day-by-Day Chronicle of a Community Under Siege

Based on twenty-seven years of original archival research, including the discovery of previously unknown documents, this day-by-day narrative of the hysteria that swept through Salem Village in 1692 and 1693 reveals new connections behind the events, and shows how rapidly a community can descend into bloodthirsty madness. Roach opens her work with chapters on the history of the Puritan colonies of New England, and explains how these people regarded the metaphysical and the supernatural. The account of the days from January 1692 to March 1693 keeps in order the large cast of characters, places events in their correct contexts, and occasionally contradicts earlier assumptions about the gruesome events. The last chapter discusses the remarkable impact of the events, pointing out how the 300th anniversary of the trials made headlines in Japan and Australia.

Salem Witch Trials: A Day-by-Day Chronicle of a Community Under Siege