Samuel Colt and Oliver Winchester: The Lives and Careers of America’s Most Influential Gunsmiths 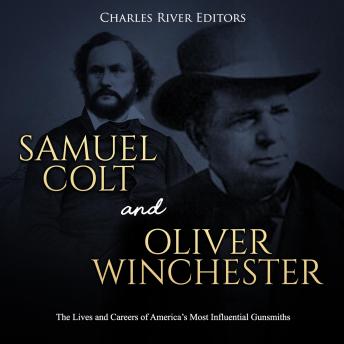 Gunsmiths in early 19th century America were helped along by noted artisans from Germany, Switzerland, and other European powers, but despite advances made in the European and American musket, the requirement of an exterior spark and percussion to ignite powder for a single-shot discharge remained the paradigm. Similarly, the era was unable to move past the cumbersome weapon that required at least half a minute to reload. The military compensation for such an ungainly and vulnerable process was the alternation of troop lines, in which one fired while the other reloaded from behind. Effective as that was in laying down constant fire and simultaneous reloading, the force as a whole was disabled by a large fraction, and the reloading soldiers were vulnerable to saber attacks on horseback as well.

Trapped in the same technological rut as future wars drew near in the new century, Samuel Colt entered the pool of visionaries in search of the invention that would tip the power balance in favor of those who possessed it. As an observant child of the Industrial Revolution, Colt would ultimately lead the way with the most defining design changes in weaponry, and through constant trial and error, he gave the military what it wanted despite fierce resistance and apathy: an answer to the reloading conundrum.

In the manner that Samuel Colt broke open the single-shot tradition in hand weapons, Oliver Fisher Winchester and his celebrated rifle shared the title of “the gun that won the West.” In the arena of portable arms, these two men dominated much of the technological and promotive aspects of 19th century weaponry, alternating between resisting and collaborating with rivals. While Colt created the first effective revolver mechanism for the handgun based on the technology of the ship’s wheel, it was Oliver Winchester who instituted 140 years of branding dominance by virtue of the first reliable repeating rifle.

Samuel Colt and Oliver Winchester: The Lives and Careers of America’s Most Influential Gunsmiths