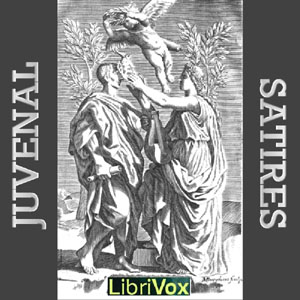 Juvenal is credited with sixteen known poems divided among five books; all are in the Roman genre of satire, which, at its most basic in the time of the author, comprised a wide-ranging discussion of society and social mores in dactylic hexameter. These five books were discrete works, and there is no reason to assume that they were published at the same time or that they are identical in theme or in approach. The poems are not individually titled, but translators have often added titles for the convenience of readers. (Summary by wikipedia)