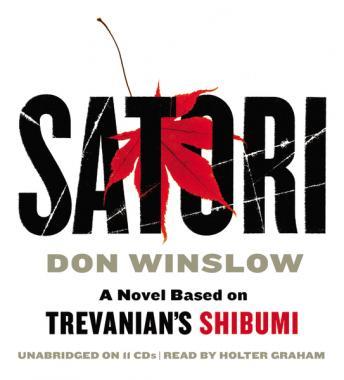 Prepare to meet the world's most dangerous man . . .

It is the fall of 1951, and the Korean War is raging. Twenty-six-year-old Nicholai Hel has spent the last three years in solitary confinement at the hands of the Americans. Hel is a master of hoda korosu, or 'naked kill,' is fluent in seven languages, and has honed extraordinary 'proximity sense'-an extra-awareness of the presence of danger. He has the skills to be the world's most fearsome assassin and now the CIA needs him.

The Americans offer Hel freedom, money, and a neutral passport in exchange for one small service: to go to Beijing and kill the Soviet Union's commissioner to China. It's almost certainly a suicide mission, but Hel accepts. Now he must survive chaos, violence, suspicion, and betrayal while trying to achieve his ultimate goal of satori-the possibility of true understanding and harmony with the world.

This title is due for release on March 7, 2011
We'll send you an email as soon as it is available!