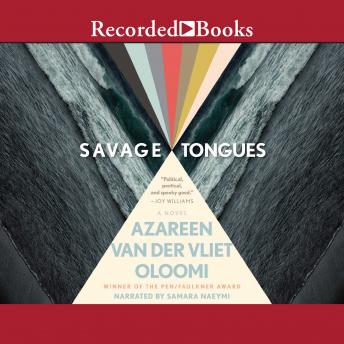 From a celebrated, utterly singular literary voice, a personal and political exploration of desire, power, and human connection about a young woman caught in an affair with a much older man It's summer when Arezu, an Iranian American teenager, goes to Spain to meet her estranged father at an apartment he owns there. He never shows up, instead sending his stepnephew, Omar, a forty-year-old Lebanese man, to deliver her a weekly allowance. As the weeks progress, Arezu is drawn into a mercurial, charged, and ultimately catastrophic affair with Omar, a relationship that shatters her at the cusp of adulthood. Two decades later, Arezu inherits the apartment. She returns with her best friend, Ellie, an Israeli American scholar devoted to the Palestinian cause, to excavate the place and put to words a trauma she's long held in silence. Together, she and Ellie catalog the questions of agency, sexuality, displacement, and erasure that surface as Arezu confronts the ghosts of that summer, crafting between them a story that spans continents and centuries. Equal parts Marguerite Duras and Shirley Jackson, Rachel Cusk, and Samanta Schweblin, Savage Tongues is a compulsive, unsettling, and bravely observed exploration of violence and eroticism, haunting and healing, and the profound intimacy born of the deepest pain.