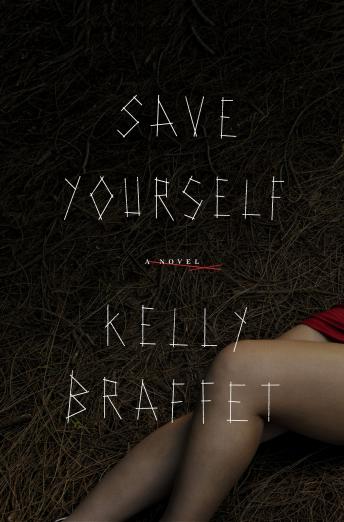 Save Yourself: A Novel

A gripping novel full of suspense and pathos that Dennis Lehane calls an 'electrifying, tomahawk missile of a thriller.'

Patrick Cusimano’s life can’t get much worse. His father is in jail, he works the midnight shift at a grubby convenience store, and his brother’s girlfriend, Caro, has pushed their friendship to an uncomfortable new level.  On top of all that, he can’t shake the attentions of Layla Elshere, a goth teenager who befriends Patrick for reasons he doesn’t understand, and doesn’t fully trust. The temptations these two women offer are pushing Patrick to his breaking point.

Meanwhile, Layla’s little sister, Verna, is suffering through her first year of high school.  She’s become a prime target for her cruel classmates, and not just because of her strange name and her fundamentalist parents. Layla’s bad-girl rep casts a shadow too heavy for Verna to bear alone, so she falls in with her sister’s tribe of outcasts. But their world is far darker than she ever imagined…

Unless Patrick, Layla, Caro, and Verna can forge their own twisted paths to peace—with themselves, with each other—then they’re stuck on a dangerous collision course where the stakes couldn’t be higher.

Save Yourself: A Novel