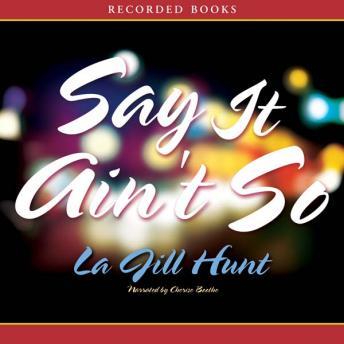 Say it Ain't So

Enthusiastic fans flock to La Jill Hunt's raw tales of urban romance, as evidenced by the immense popularity of her novels Shoulda, Woulda, Coulda and Drama Queen. After they are in a car accident together, video vixen Paisley Lawrence and gospel singer Warren Cobb are mobbed by media speculation. And if that's not enough, Warren's wife has a few questions of her own. With rumors flying and speculation rampant, these two must straighten out their stories before tempers get out of control.

Say it Ain't So