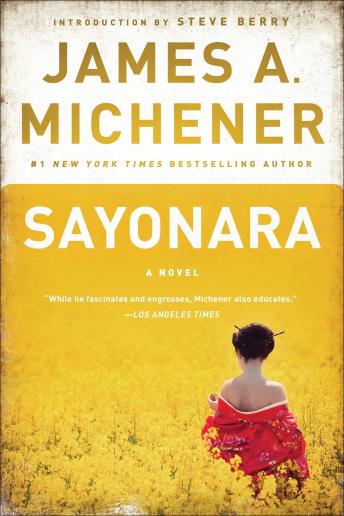 From a great master of historical fiction comes a brilliant tale of love amid war. James A. Michener combines powerful storytelling with deep sensitivity in this novel of a U.S. Army man who, against all odds, falls for a fascinating Japanese woman. Stationed in the exotic Far East, Major Lloyd Gruver considers himself lucky. The son of a general, dating the daughter of another powerful military family, he can look forward to a bright future. And he just can’t understand guys like Private Joe Kelly, who throw away their lives in the States by marrying local girls. But then Lloyd meets Hana-ogi. After that, nothing matters anymore . . . nothing but her.

Praise for James A. Michener

“A master storyteller . . . Michener, by any standards, is a phenomenon.”—The Wall Street Journal

“Michener has become an institution in America, ranking somewhere between Disneyland and the Library of Congress. You learn a lot from him.”—Chicago Tribune

“While he fascinates and engrosses, Michener also educates.”—Los Angeles Times