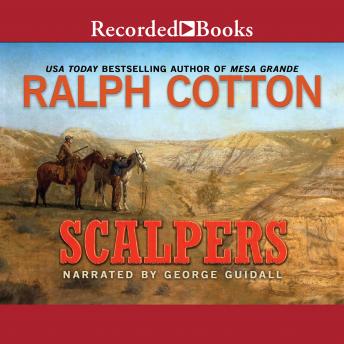 LIKE FATHER, LIKE SON Arizona Territory Ranger Sam Burrack rides the border badlands to Iron Point hoping to capture Ozzie Cord, a mercenary who killed a sheriff back in Mesa Grande. Cord escaped jail once, but won't get away this time... But as Sam nears his prey, the trail of scalped bodies makes it clear that someone else has a vendetta. By all appearances, Turner 'Big Foot' Pridemore, leader of the scalpers, has gained major footing in Iron Point. He's driven away the desert Apaches and ousted the law. But he's missing one thing: his son, Fox... Not satisfied living in his father's shadow, Fox has allied himself with Ozzie Cord and is staging his own bloody rampage. Now, Sam must walk a fine line between the law and the lawless to make sure he gets his man-and cuts Big Foot and his son down to size.