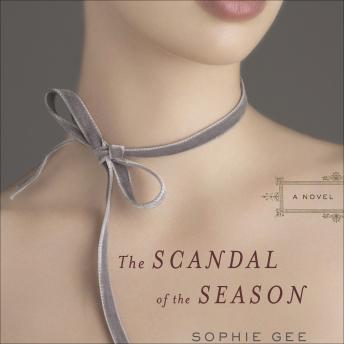 The Scandal of the Season

London, 1711. The rich young offspring of the city's fashionable families fill their days with masquerade balls, opera engagements, and clandestine courtships. Leading the pursuit of pleasure are the beautiful Arabella Fermor, with her circle of beaus, and Robert Petre, seventh Baron of Ingatestone, a man-about-town with his choice of mistresses.

Small, sickly, and almost penniless, Alexander Pope is peripheral by birth, yet his dazzling wit and ambition gain him unlikely entrance into high society. Privy to every nuance and drama, he is a brilliant and ruthless observer. As the forbidden passion between Arabella and Lord Petre deepens, fortunes change and reputations-even lives-are imperiled. Pope transforms their affair and its demise into a risque poem, 'The Rape of the Lock,' that catapults him to fame and fortune.

A witty, provocative tale of intrigue, seduction, and betrayal, The Scandal of the Season captures a time when marriage was a market, sex was a temptation fraught with danger, and a costume could conceal a dandy or a murderer.

Scandal of the Season