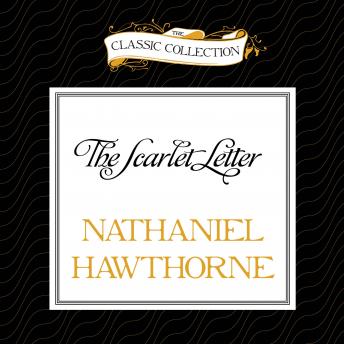 Nathaniel Hawthorne’s classic American story of Hester Prynne, accused of adultery, ostracized by her Puritan community, and abandoned by both her lover and her husbandThe story opens in Puritan Boston, a settlement only fifteen or twenty years old. A young woman stands on a scaffold clasping a three-month-old baby. As a married woman with a missing husband and a new baby, Hester Prynne could have been sentenced to death for the crime of adultery. Instead she is condemned to always wear the letter A as a badge of her shame. As she stands there, she sees her long-missing husband, who has been held captive by Indians. While the town chorus is murmuring against her and her old and unattractive husband stares silently at her, the young and handsome clergyman publicly demands the name of her partner in crime—while desperately praying that she won't reveal him.The Scarlet Letter rightfully deserves its stature as the first great novel written by an American, the novel that announced American literature equal to any in the world.This novel is part of Brilliance Audio's extensive Classic Collection, bringing you timeless masterpieces that you and your family are sure to love.