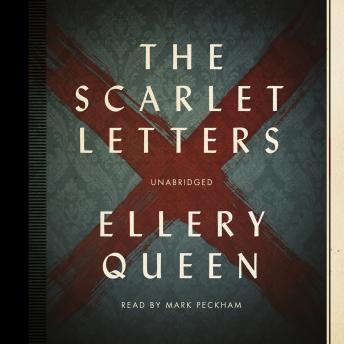 Ellery had a simple case. A few days of discreet snooping, some choice advice, and the inimitable sleuth would blithely restore domestic harmony to the millionaire couple Dirk and Martha Lawrence. Then came the scarlet letters. And finally the cryptic clue, scrawled in a murdered man’s blood. A simple case? Unless Ellery did some super-fast sleuthing, he’d have nothing to show but a very scarlet face. The case will drag him all over New York as he hunts for the truth.

“The old hand, in top form, this is smart stuff.”—Kirkus Reviews (starred review)