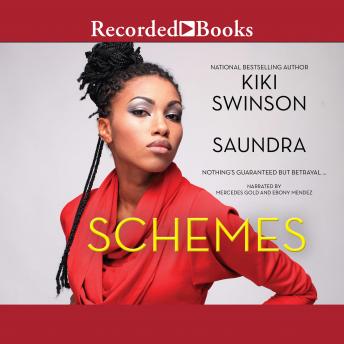 DEVIL IN SHEEP'S CLOTHING KIKI SWINSON Karlie Houston hasn't seen a raise in forever, but the payday loan office she manages is raking in the cash. So why not get what she's rightfully owed by masterminding a heist? Once her lover Sidney's boys hit all the company's locations at one time, there's a fortune to split. But suddenly bodies start dropping-and Karlie better devise the perfect plan to survive. TWISTED DECEPTION SAUNDRA Raised by a ruthless mother, Yazz Armstrong lives by 'scheme or die.' So she's cool with helping her man, Kevon, take control of head dealer Caesar's territory. And when the fallout racks up unexpected casualties, Yazz finds Caesar's bed a refuge-and his empire hers to help rule. Too bad someone with an even more lethal agenda won't stop 'til Yazz and her dreams crash and burn for good. 'Kiki captures the heat of the streets.'-Wahida Clark 'Saundra offers insight into the ruthless drug game but also offers hope and redemption. Fans of SistahSouljah's groundbreaking The Coldest Winter Everwill immediately note similarities to that powerful novel in Saundra's writing.' -Library Journal on Her Sweetest Revenge