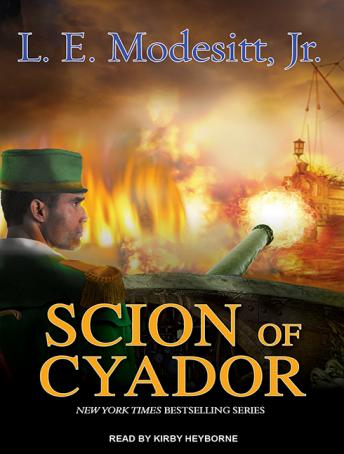 Scion of Cyador continues the story begun in Magi'i of Cyador. Exploring the rich depths of the history of Recluce, Magi'i introduced Lorn, a talented boy born into a family of Magi'i. A fastidious student mage who lacked blind devotion, Lorn was made into a lancer officer and shipped off to the frontier.

Having survived an extended stint fighting both barbarian raiders and the giant beasts of the Accursed Forest, Lorn has proven himself to be a fine officer . . . perhaps too fine an officer. As his prowess has grown, so has his number of enemies and rivals. Too much success has made him a marked man. When he returns to his home, both he and his young family become targets, while all of Cyad is in upheaval over the death of the Emperor.