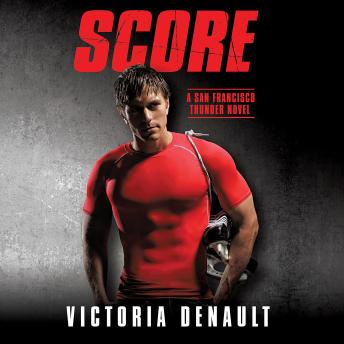 From the author of the Hometown Players series comes a'sexy, sassy' (Library Journal) second chance romance between a playboy hockey star and the one woman who got away.
Jude Braddock. Hockey god. That's how everyone sees him now. But when they were teenagers, Zoey knew him as the kid who didn't have enough nerve to make a move on their one and only disastrous date. Seems he doesn't have that problem anymore, though. According to the rumors, he's with a different woman every night. After a rough divorce, the last thing Zoey needs is more heartbreak. But Jude's cocky, playful attitude is mighty hard to resist.
Jude knows he isn't built for long-term relationships. But he's getting sick of women pounding on his door in the middle of the night looking for a rematch. When Zoey comes back into his life, it's like fate has given him a second chance. He'll do anything to make her happy again. Is this what love looks like? He has no idea. All he knows for sure is that this time, he's playing for keeps.
San Francisco Thunder Series:ScoreSlammedWhen It's Right Now or Never