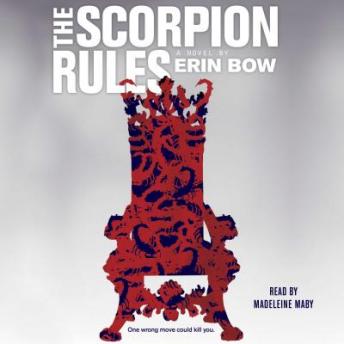 The children of world leaders are held hostage in an attempt to keep the peace in this “slyly humorous, starkly thought-provoking” (Kirkus Reviews, starred review) novel.

Greta is a Duchess and a Crown Princess. She is also a Child of Peace, a hostage held by the de facto ruler of the world, the great Artificial Intelligence, Talis. This is how the game is played: if you want to rule, you must give one of your children as a hostage. Start a war and your hostage dies.

The system has worked for centuries. Parents don’t want to see their children murdered.

Greta will be free if she can make it to her eighteenth birthday. Until then she is prepared to die with dignity, if necessary. But everything changes when Elian arrives at the Precepture. He’s a hostage from a new American alliance, and he defies the machines that control every part of their lives—and is severely punished for it. His rebellion opens Greta’s eyes to the brutality of the rules they live under, and to the subtle resistance of her companions. And Greta discovers her own quiet power.

Then Elian’s country declares war on Greta’s and invades the prefecture, taking the hostages hostage. Now the great Talis is furious, and coming himself to deliver punishment. Which surely means that Greta and Elian will be killed...unless Greta can think of a way to break all the rules.