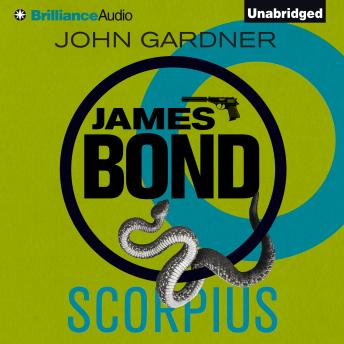 Special Branch are not usually interested in dead bodies found floating in the Thames-unless the corpse is a beautiful young girl with an impeccable background. And when the corpse is carrying Commander James Bond's telephone number it's not long before M is called in.

M thrusts Bond into an unusual mixture of mayhem and intrigue involving a strange, quasi-religious sect known as The Society of the Meek Ones. When it turns out that the sect has links with the shadowy Vladimir Scorpius, the game becomes deadly. Intrigue builds upon intrigue as Bond is pitted against one of the most ruthless and sinister villains that he's ever encountered.

Scorpius is the seventh of Gardner's bestselling Bond novels and finds Bond battling an evil that will seem horribly familiar to modern readers.