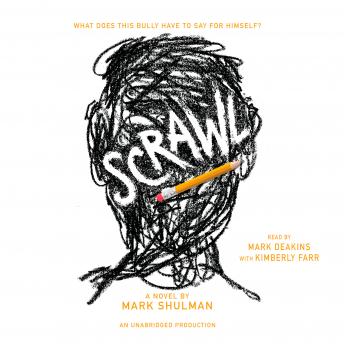 I know what you think. You think I’m fixable, don’t you? You want to fix the bad guy. You don’t know the half of it.

Tod Munn is a bully. He’s tough, but times are even tougher. The wimps have stopped coughing up their lunch money. The administration is cracking down. Then to make things worse, Tod and his friends get busted doing something bad. Something really bad.
Lucky Tod must spend his daily detention in a hot, empty room with Mrs. Woodrow, a no-nonsense guidance counselor. He doesn’t know why he’s there, but she does. Tod’s punishment: to scrawl his story in a beat-up notebook. He can be painfully funny and he can be brutally honest. But can Mrs. Woodrow help Tod stop playing the bad guy before he actually turns into one . . . for real?