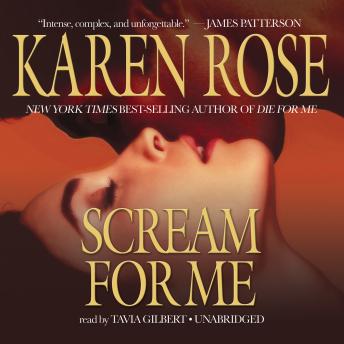 Not long his brother, Simon, was revealed to be a ruthless serial killer and met his demise, Special Agent Daniel Vartanian is drawn back into Simon’s dark past. A series of recent killings are mimicking an unsolved murder from 13 years ago which is somehow linked to a collection of photographs that belonged to Simon. With a handful of images as his only lead, Daniel is determined to bring the current murderer to justice and solve the mysterious crime from years ago. His search will lead him back through the dark past of his own family and into the realm of a mind more sinister than he could ever imagine. But his quest will also draw him to Alex Fallon, a beautiful nurse whose troubled past reflects his own—and who is now the object of a murderer’s dark obsession. His race to discover the criminal’s identity may also be his only chance to save the woman he loves.

“[An] intricately plotted romantic thriller…The romance between Daniel and Alex intensifies along with the suspense as the body count rises. This chilling novel will leave Rose’s fans breathlessly anticipating her next release.”—Publishers Weekly