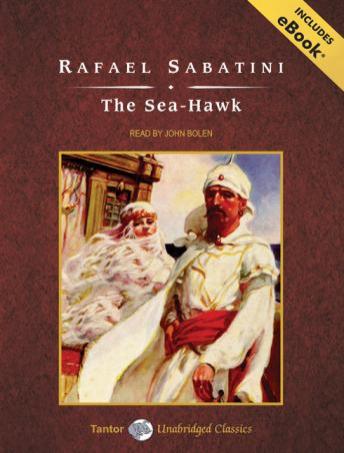 Oliver Tressilian, a Cornish gentleman who helped defeat the Spanish Armada, is betrayed by his jealous half-brother. When the ship he is on is captured by the Spanish, he is made a galley slave. Freed from slavery by Barbary pirates, he joins up with them and becomes a follower of Islam and the scourge of European ships. Taking the name 'Sakr-el-Bahr,' or 'The Hawk of the Sea,' he swears vengeance against his brother. It is this desire for revenge that brings him back to the British shores where he is a wanted man.

This title is due for release on June 8, 2009
We'll send you an email as soon as it is available!