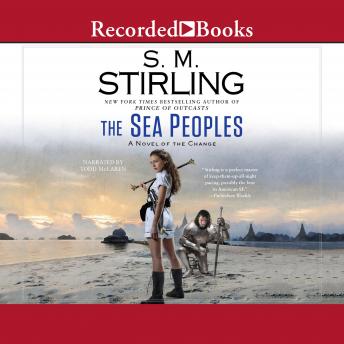 Rediscover the captivating postapocalyptic world of the Change with the latest in the New York Times bestsellng series. The spirit of Prince John, the brother of Crown Princess Orlaith, has fallen captive to the power of the Yelolow Raja and his servant, the Pallid Mask. Prince John's motley band of friends and followers, led by Captain Pip of Townsville and Deor Godulfson, the bard and master of magic, must lead a quest through realms of shadow and dream to rescue Prince John from a threat far worse than death. Meanwhile, Reiko and Orlaith muster their kingdoms for war, making common cause with the reborn Kingdom of Hawaii. But more than weapons or even the dark magic of the cannibal sorcerers of Pyongyang threaten them. Orlaith's lover, Alan Thurston, is more than he appears. In the tropical waters off Hilo and Pearl Harbor, and among the jungles and lost cities of the Ceram Sea, a game will be played with the fate of the world at stake.