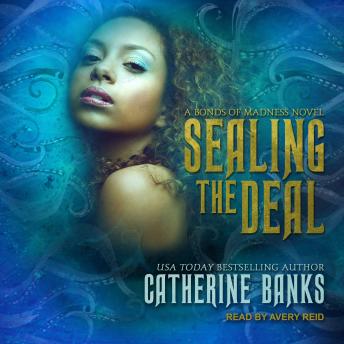 Evil sea witch or slave to her namesake?

Deals go wrong all the time, it's an occupational hazard. But one lovesick princess later and you're left living in an uninhabitable sea with nothing but the dead to fill the void.

Uschi wasn't what one could call the luckiest witch in the sea, but settling into a life of banishment and starting over from scratch is what she did best. It was the tentacle that she'd been dealt and she made it work.

But, when her shot at revenge and clearing her name all but falls into her lap in the form of four sexy selkie brothers on a mission, how can she possibly resist? Both the chance and the men.

Pantheons of gods and bitter lost loves, a raging madness consuming the seas. All things an evil sea witch should be able to handle . . . Right?

The peril and chaos pillaging the seas-and her heart-Uschi is prepared for, but love is more than she bargained for.