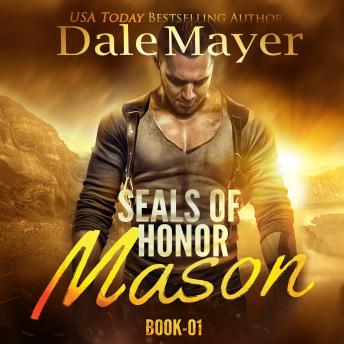 Brave, badass warriors who serve their country with honor and love their women to the limits of life and death.

In a dangerous profession where it's kill or be killed, Mason undertakes the dirty jobs others would rather not do--and invariably don't possess the skills he does to get done right. While on an assignment, he's single-minded in his dedication and focus. When he's not, this warrior plays as hard as he fights. The last thing he anticipates is meeting the one woman he wants but can't have…and equally can't forget.

Tesla, a software designer, lost her brother in combat. Getting close to another man enlisted in the military is something she refuses to do. In her quest to save other United States soldiers from her sibling's tragic fate, she's created a computer program capable of saving lives. When other countries find out about the program, her good intentions are met with hostility and greed. They won't stop until they get their hands on it, and damn anyone who gets in the way. Realizing she's in danger, Tesla turns to Mason, the only man who might be able to save her--the very one she doesn't dare fall in love with…