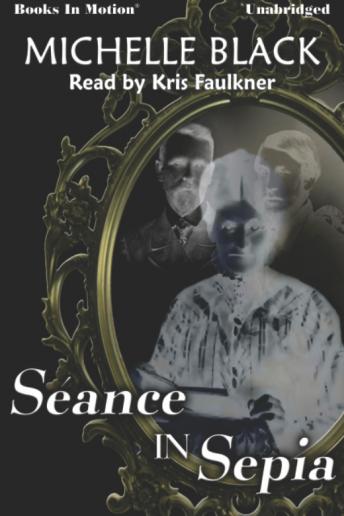 When the price of an unusual picture called a spirit photograph, which some Victorian spiritualists claimed was a photograph of the departed taken during a seance, sells at auction for over a thousand dollars, Flynn Keirnan is determined to discover the story behind it. She soon learns the ghostly images of the woman and two men in the picture were the subjects of a sensational murder trial in 1875 Chicago. A young architect was accused of killing his wife and best friend in what the local press dubbed The Free Love Murders. Flynn tracks the story through many sources, including the trial transcript, a journal kept by one of the victims, and notes from a jailhouse interview with the husband conducted by feminist firebrand Victoria Woodhull for her radical newspaper. Woodhull, also known as a spiritualist, was asked by the accused to contact the spirits of his wife and friend to obtain details about the deaths. Was it a double homicide, a double suicide, or a murder-suicide and, if so, who killed whom? Flynn Keirnan discovers the key to solving the Free Love murders lies in learning the provenance of the photograph itself. When she does she finds that, like Victoria, her own outlook on love has changed.