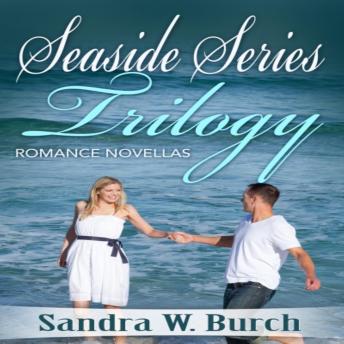 After being injured in a paparazzi induced car accident, Phoenix Chamberlain returns to Seaside Haven to recuperate. There he meets resort manager, Sierra Ramstad, who is used to being the boss and not keen on taking orders from others. Not only did the accident change Phoenix physically, it also broke his spirit. But with the help of Sierra and his therapist, he decides he can overcome the doctor’s grim prognosis and learn to enjoy life again.

When Phoenix Chamberlain’s former lover, Monica Swarovski commits suicide, he learns the truth he never knew. He has a son. Newly wed to Sierra, Phoenix has no place in his heart for his son’s guardian, Sue Deveraux.

Yet Phoenix can't ignore the attraction he feels to her. The only way Sue can protect the child is to strike a deal with Phoenix. Will she get more than she bargains for?

Elizabeth Ben-David did not know how it could be that she was a stranger to the man she loved so fiercely. Not only was he the father to their young daughter, but he was also Elizabeth’s best friend.

There was so much to say, and so much that couldn't be put into words. Love was like that, it could only be felt. Nic’s gaze was full of emotion and tenderness. Help me remember, Liz.

This title is due for release on March 16, 2017
We'll send you an email as soon as it is available!