A Season of You 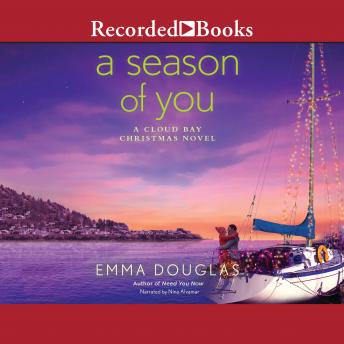 Maybe Mr. Totally Wrong could actually be Mr. Completely Right in Cloud bay at Christmastime. Mina Harper has always been happiest out of the spotlight. And that has only been more true since her husband died in a car accident three years ago. She just wants to live on her island, working search and rescue on the sea she's always adored. Five years ago Will Fraser learned that love at first sight might exist but that it doesn't always mean you get the object of your affections when he first laid eyes on Mina. Eighteen year old Mina was way too young for him and already engaged so he locked his feelings away. Then her husband was killed driving home from a party at the Salt Devil distillery Will owns with his brother Stefan and and he's barely seen Mina since. But when Will rescues Mina after a car accident, sparks start to fly and try as she might, Mina can't fight the attraction. The only question is whether the guy she thinks is completely wrong could ever be the next Mr. Right.