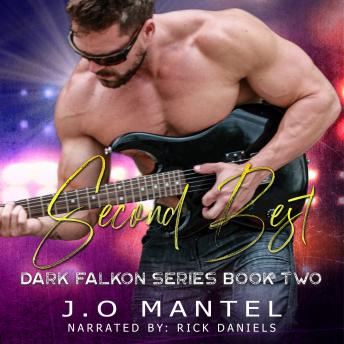 Love
l?v/
verb
1.
feel deep affection or sexual love for (someone).
'do you love me?'
Jake Cooper knows all too well who he loves, even if she doesn't love him in return.
After almost jeopardizing their friendship because of one kiss, Jake's decided to set aside his feelings for Sienna...for now.
During a night out, Jake is introduced to Ronnie and begins to form a friendship with her. This relationship causes tension between him and Sienna and she starts to show signs of jealousy.
With Dark Falkon recording their new album and spending long hours in the studio, Lukas doesn't have a lot of time to spend with Sienna. She's not used to this distance between them.
Lightning Ridge finally get the big break they have been waiting for. With Jake also spending a lot of time in the studio and with Ronnie, he's barely around for Sienna. Suddenly, for the first time it's Sienna who now feels all alone.
Sienna and Lukas finally get time together when the band head to London to perform. However, Sienna falls ill while they are there. Upon returning to New York, a doctor gives her news that will tear her world apart.
Book Two in the Dark Falkon Series.

This title is due for release on January 31, 2018
We'll send you an email as soon as it is available!