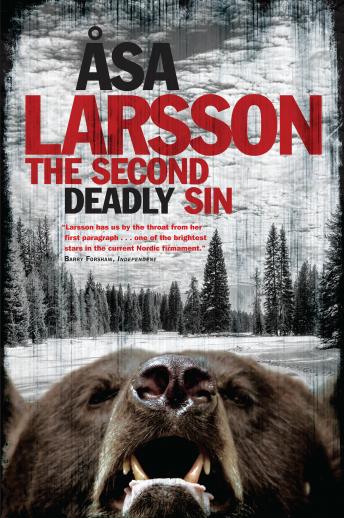 Rebecka Martinsson's courage to the test once more in her most twisted and unpredictable case yet.
After successfully tracking down and killing a rogue bear in the wilderness of northern Sweden, a group of hunters is shaken by a grisly discovery when they dress the bear carcass: human remains in the stomach.
Far away in the remote village of Kurravaara, an elderly woman is found murdered with frenzied brutality, crude abuse scrawled above her bloodied bed. Her young grandson, known to live with her, is nowhere to be found.
Only Kiruna prosecutor Rebecka Martinsson sees a connection between the two events, but thanks to the machinations of a jealous rival, she is dropped from the case. Continuing to pursue answers in an unofficial capacity, and with the reluctant assistance of her friend and police inspector Anna-Maria Mella, Rebecka stands alone against a ruthless killer.
At the root of it all is a horrifying, century-old crime, the tendrils of which continue to hold the small community in their grip.