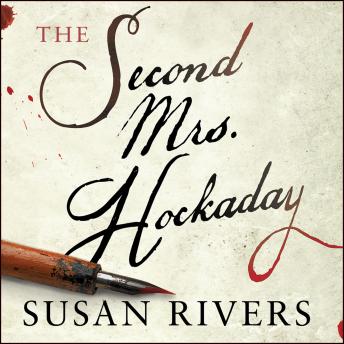 When Major Gryffth Hockaday is called to the front lines of the Civil War, his new bride is left to care for her husband s three-hundred-acre farm and infant son. Placidia, a mere teenager herself living far from her family and completely unprepared to run a farm or raise a child, must endure the darkest days of the war on her own. By the time Major Hockaday returns two years later, Placidia is bound for jail, accused of having borne a child in his absence and murdering it. What really transpired in the two years he was away? Inspired by a true incident, this saga unfolds with gripping intensity, conjuring the era with uncanny immediacy. Amid the desperation of wartime, Placidia sees the social order of her Southern homeland unravel. As she comes to understand how her own history is linked to one runaway slave, her perspective on race and family are upended. A love story, a story of racial divide, and a story of the South as it fell in the war, 'The Second Mrs. Hockaday' reveals how this generation and the next began to see their world anew.'

Fun read and I liked the multiple narrators

Well written and engrossing story exhibiting the realities of war. The author included interesting historical details of lifestyle in the south during the Civil War. It went back and forth in time, which I usually don’t care for, but it worked with what the writer was trying to do. Overall it was really well done.

This is a breathtakingly beautiful book, narrated by top notch talent. I absolutely loved it.

An interesting concept and kept my wife and I both guessing. Having female and male narrators reading the parts of women and men made a lot of sense and the quality of narration was excellent.

This is a great view into the world of a woman. The narration is excellent.

Interesting way to tell the story through letters. I had to read listen often for understanding. Good ending.